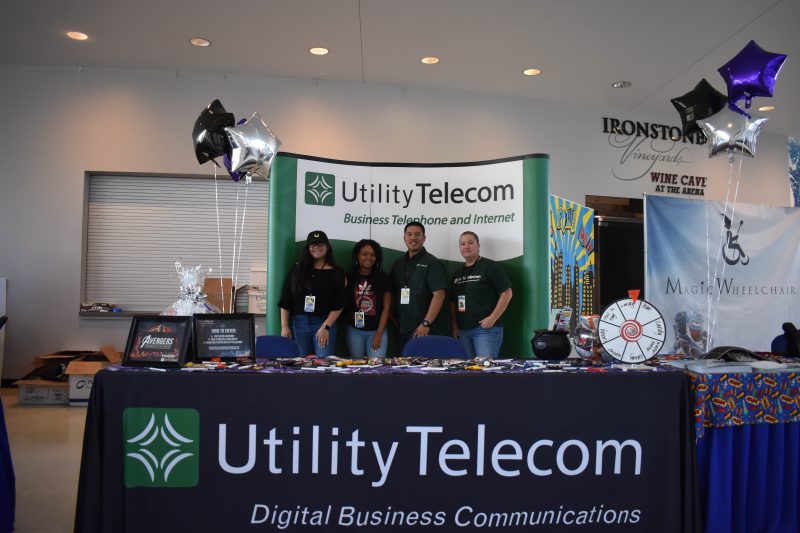 Utility Telecom is proud to once again be the Presenting Sponsor of Stockton’s seventh annual StocktonCon event!

The two-day weekend event held on August the 18th and 19th hosted a fun and unique experience for parents and children alike. Guests got to experience all aspects of pop-culture, ranging from comic books, card games, video games, anime, manga, science fiction, toys, television, all with the opportunity to discover outstanding artists local to the San Joaquin Valley area.

StocktonCon offers much more than just fun and pop-culture: the convention brings awareness of standout local artists while also raising awareness and support for the United Way of San Joaquin County and Saint Mary’s Dining Room.

We at Utility Telecom had a great time meeting all the fans and families who stopped by our booth for some free goodies! Our booth offered free reusable bags for the first 50 guests, along with plenty of treats for anyone who visited the booth.

Attendants also had the chance of winning some free goodies by liking us on Facebook to either spin our Wheel-of-Prizes or enter our free raffle. Utility Telecom’s prizes included full-sized candies, mugs, water bottles, hats, shirts, and a grand prize that included Avengers: Infinity Wars Funko Pop Vinyls and an Amazon Fire Tablet!

Thank you to everyone who joined in helping enrich the community by supporting StocktonCon, the United Way of San Joaquin, and Saint Mary’s Dining Room.

If you’re looking forward to the next comic convention, we’ll be back as the presenting sponsor for the following events and dates: